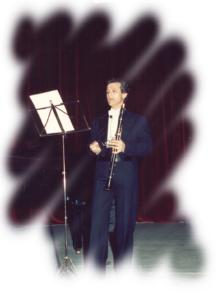 Cornelio Martina
born in Taranto, May 2, 1937 where he begins his musical studies. He moved to Milan in the 1960s where he continued his studies at the G. Verdi Conservatory with Maestro Ariosto Prisco. He continued his artistic training with Maestro Giacomo Soave at the A. Vivaldi Conservatory of Alessandria, graduating with brilliant results. He matured his experience by being part of several chamber ensembles and participating in various recordings. He devoted himself with particular enthusiasm to the concert activity in particular as a soloist in concerts held throughout Italy for highly prestigious musical associations. He is the author of various musical compositions for his instrument including an Air, a Fantasy and an important Method for the Study of the Clarinet published by Edizioni Curci. He studied Band Instrumentation with Maestro Amleto Cardone and composed several works played by many bands of the Apulian tradition. In addition to the concert activity he devotes himself to teaching activities teaching at the Liceo Musicale in Aosta and in the Conservatories of Music in Cosenza, Bari and currently at the one in Lecce. He is a commissioner in many national competitions and in conservatories. He has dedicated his works to authors such as Alberto Monti, Massimo Gianfreda, Cesare Tancredi, Nicola Germinario, Amleto Cardone, Luigi Quarta, Riccardo Saracino and Dino Milella.